So far the P7’s have been very busy…

Each P7 pupil was paired with a P1 pupil to help them settle into St. Malachy's. Pupils got to know each other through various activities and structured play.

The P7 pupils from both classes visited Loreto to watch their fantastic version of Beauty and the Beast. The pupils (and teachers) were mesmerised by the performances of those involved, which included some past pupils.

Some P7 pupils took part in the growing ‘Global Warming Strike’, which involved them marching in Portrush and creating a banner encouraging people to look after the environment.

The P7 pupils continued to help their ‘buddies’ in P1 and also participate and help other younger pupils in our after school programme (Gaelic, Soccer, Tin Whistle, Dance, Drama and Crossfit).

October marked the beginning of our ‘Rainbow Run’ programme where P7 assisted in measuring how far each pupil, from P4-P7, were able to run in a total of five minutes. Depending on their distances, they were rewarded with a colour of the rainbow or a bronze, silver or gold!

November began with some anxious pupils as it was the beginning of the transfer tests. Pupils had been working incredibly hard throughout the year in their practice tests.

Some P7 boys played in the famous Doherty Cup. The first round was against previous winners Harpers Hill – a competitive game of football, where the boys performed brilliantly.

Along with anxiousness we also have very exciting children as early plans were made for our end of year celebration leavers trip to Enniskillen. Another trip currently being planned is our Shared Education trip to Belfast along with Harpers Hill to be scheduled in the new year.

A timetable is being set for the P7 Shared Education programme with Millburn PS. Together, we will be discussing ‘respect and diversity’.

So far in P7 we have revised lots of things in English. We explored classic stories, fables, poetry and newspaper reports and we have looked at dialogue, similies, metaphors and homophones. We have been reading the novel Pig Heart Boy, the pupils are enjoying it so far!

In numeracy we have been revising multiplication, division, number sequences and place value and examining the 24 hour clock, time around the world, journey times and timetables.

Through our topic the World Around Us we have covered materials and their properties, plants, animals, habitats, food chains and 'Me' where the pupils analyse the human body, looking at diets, exercise and organs! Gaelic games has been the focus in our PE lessons. We are mastering the skills involved in Gaelic games, such as passing, moving, hand pass, kicking, soloing and scoring.

We have been introduced to the wonderful game of golf and have been working on our putting, chipping and perfecting our grip for each! 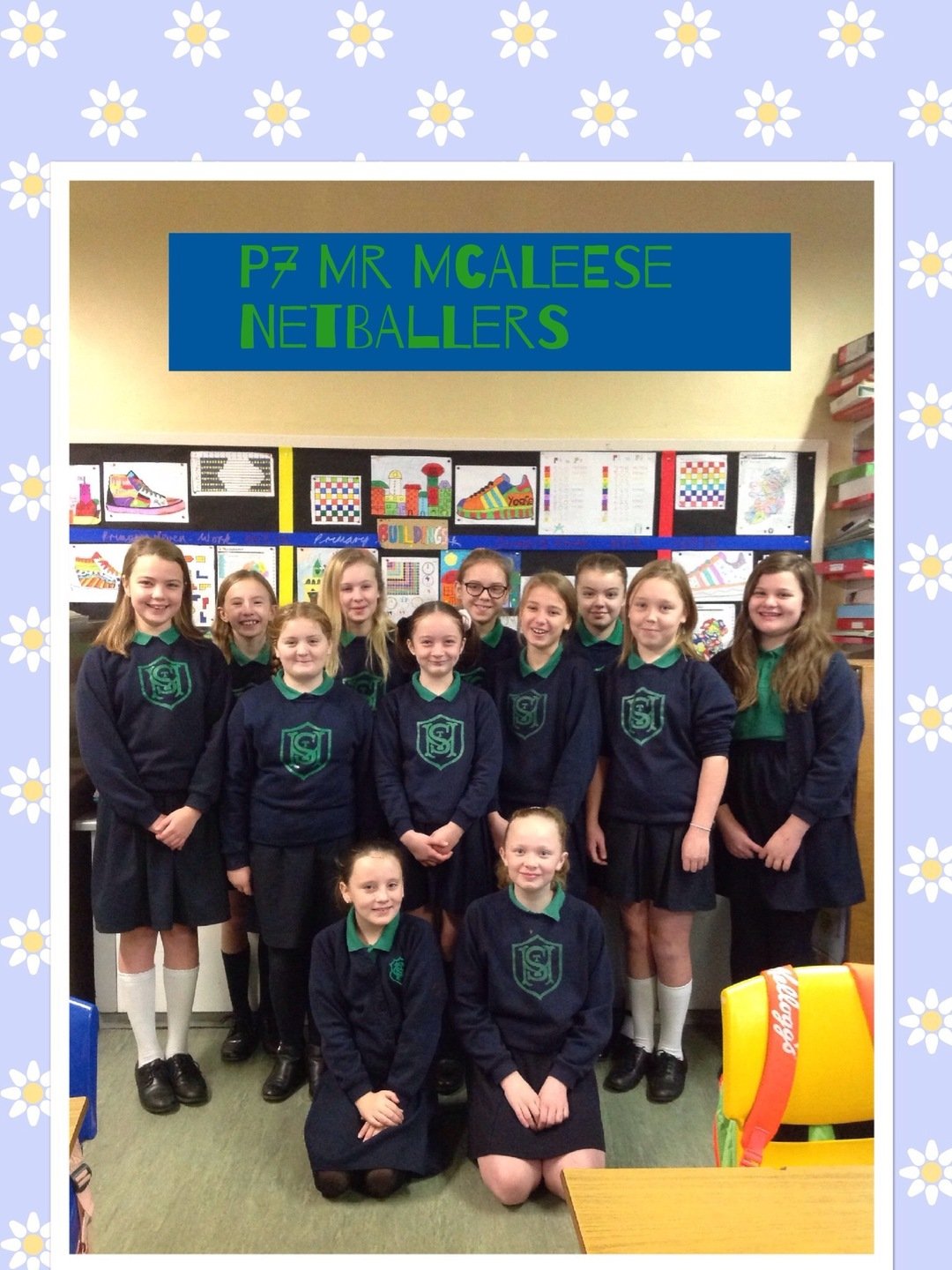 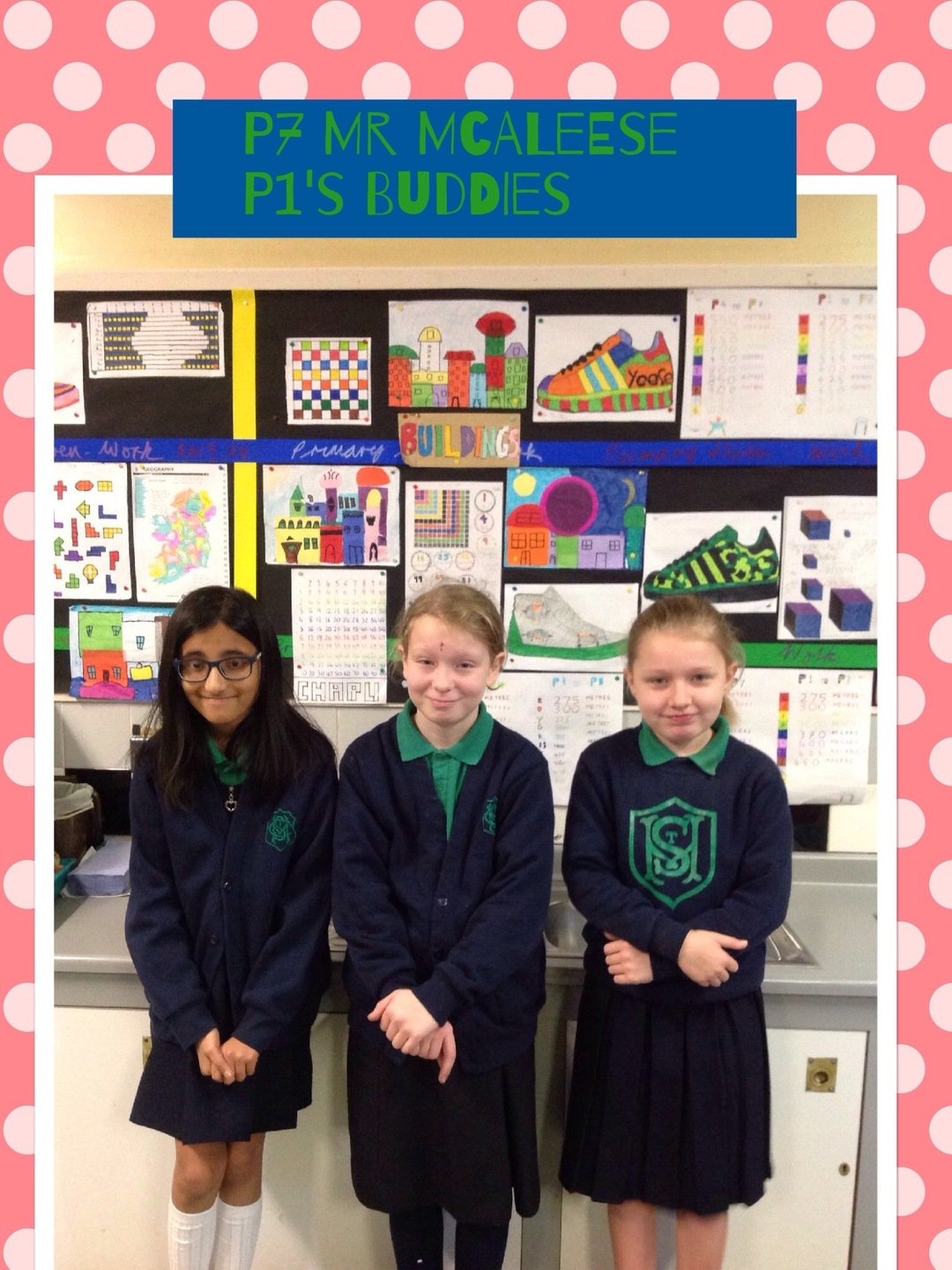 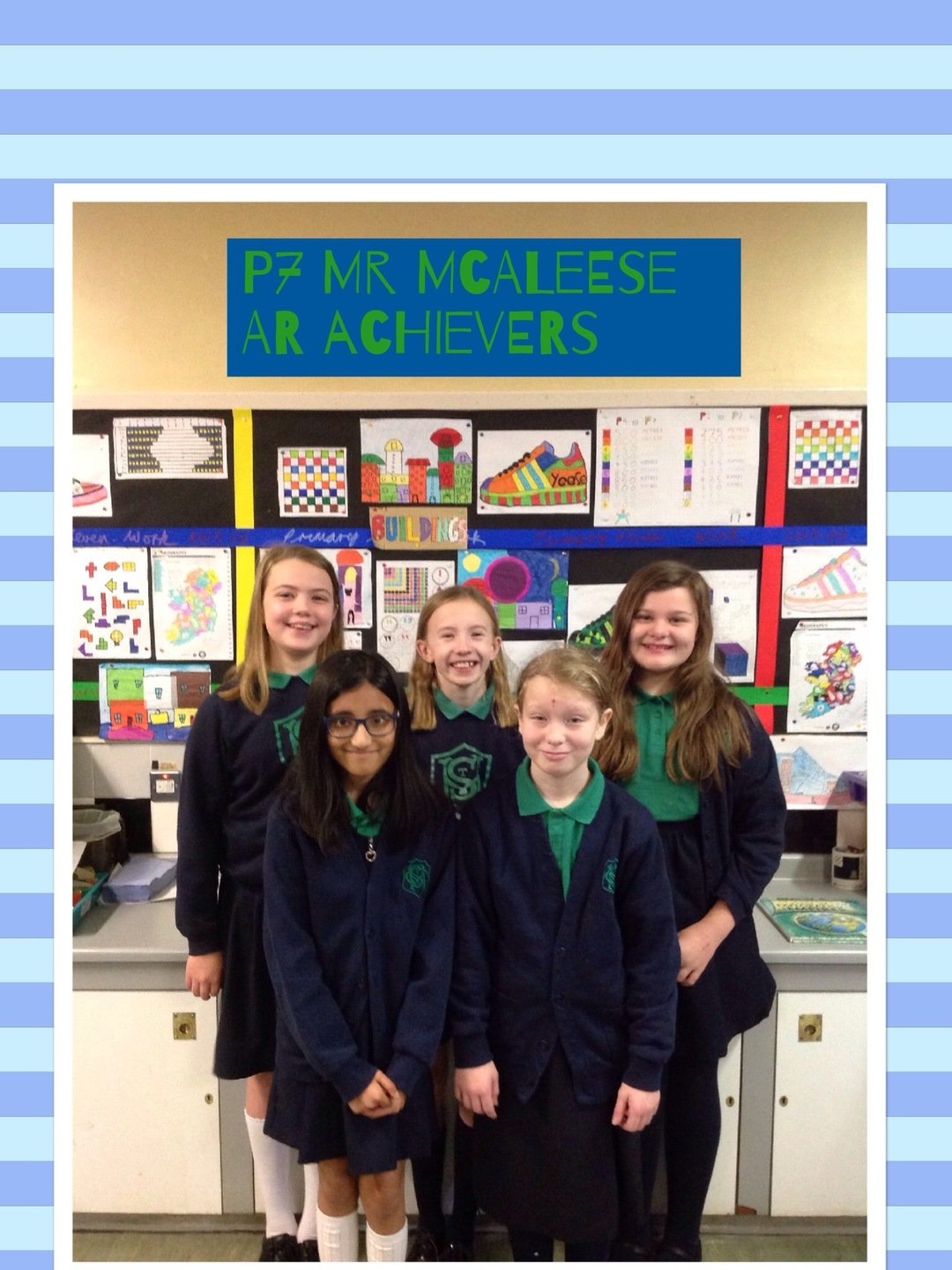 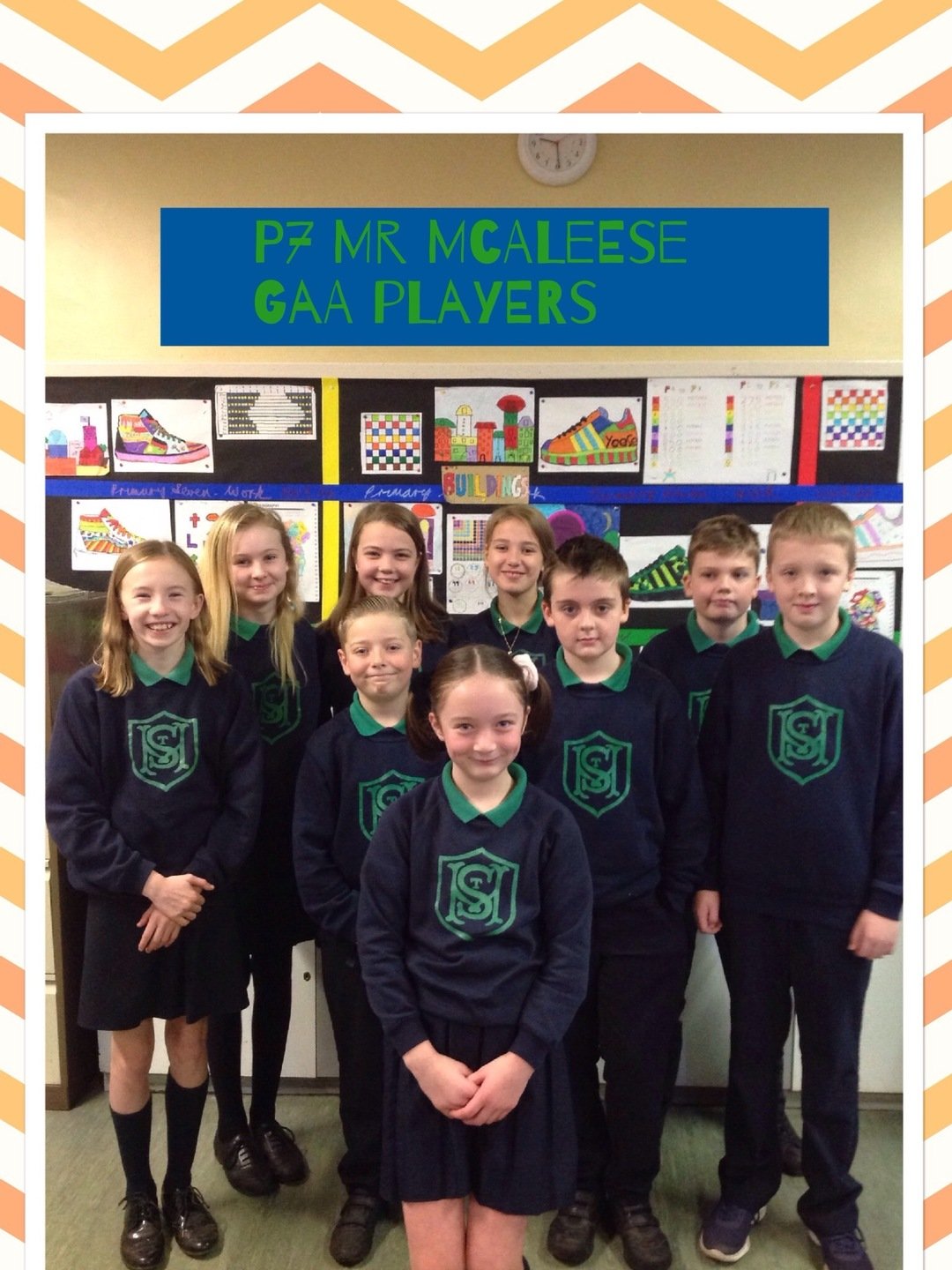 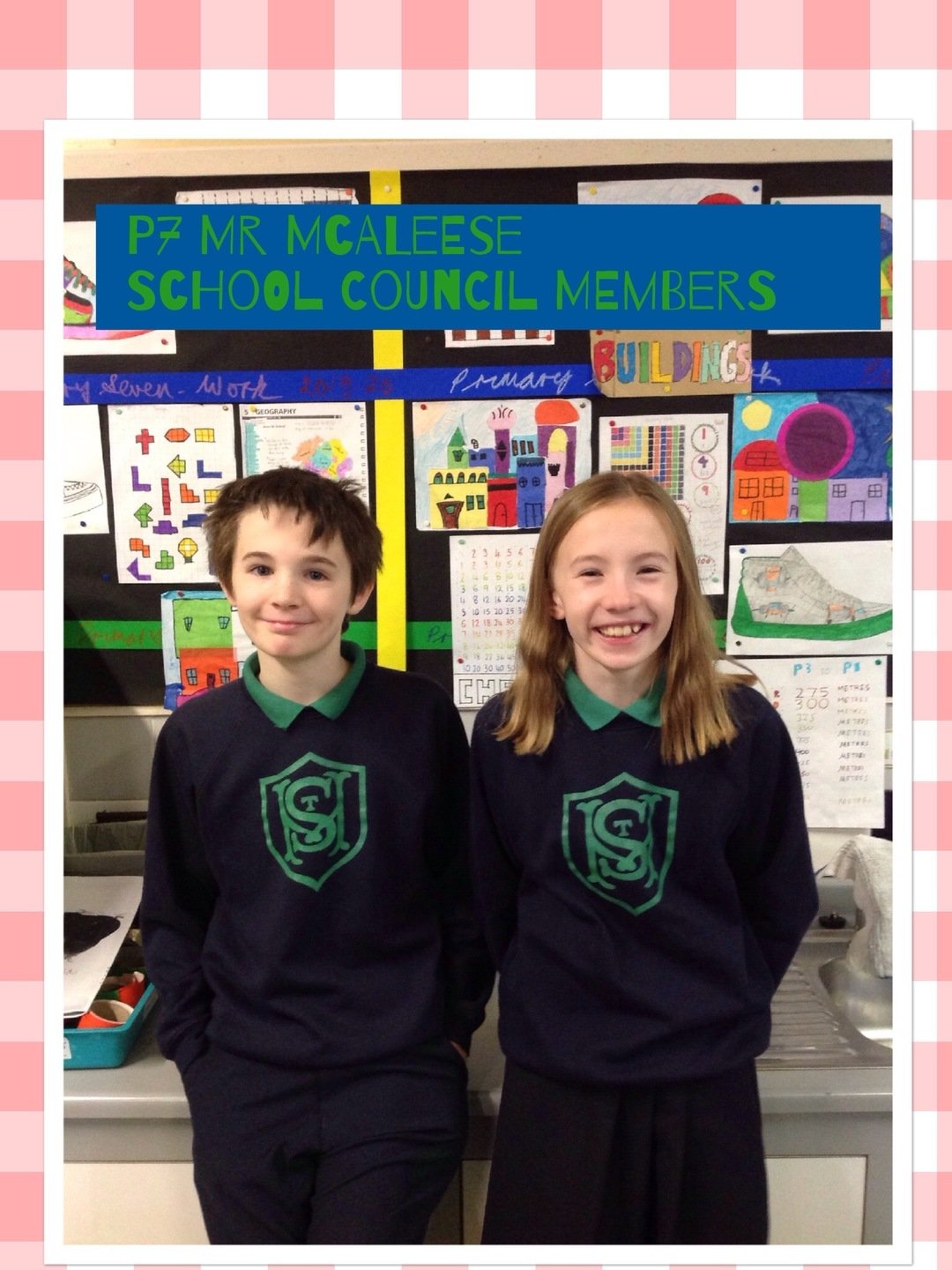 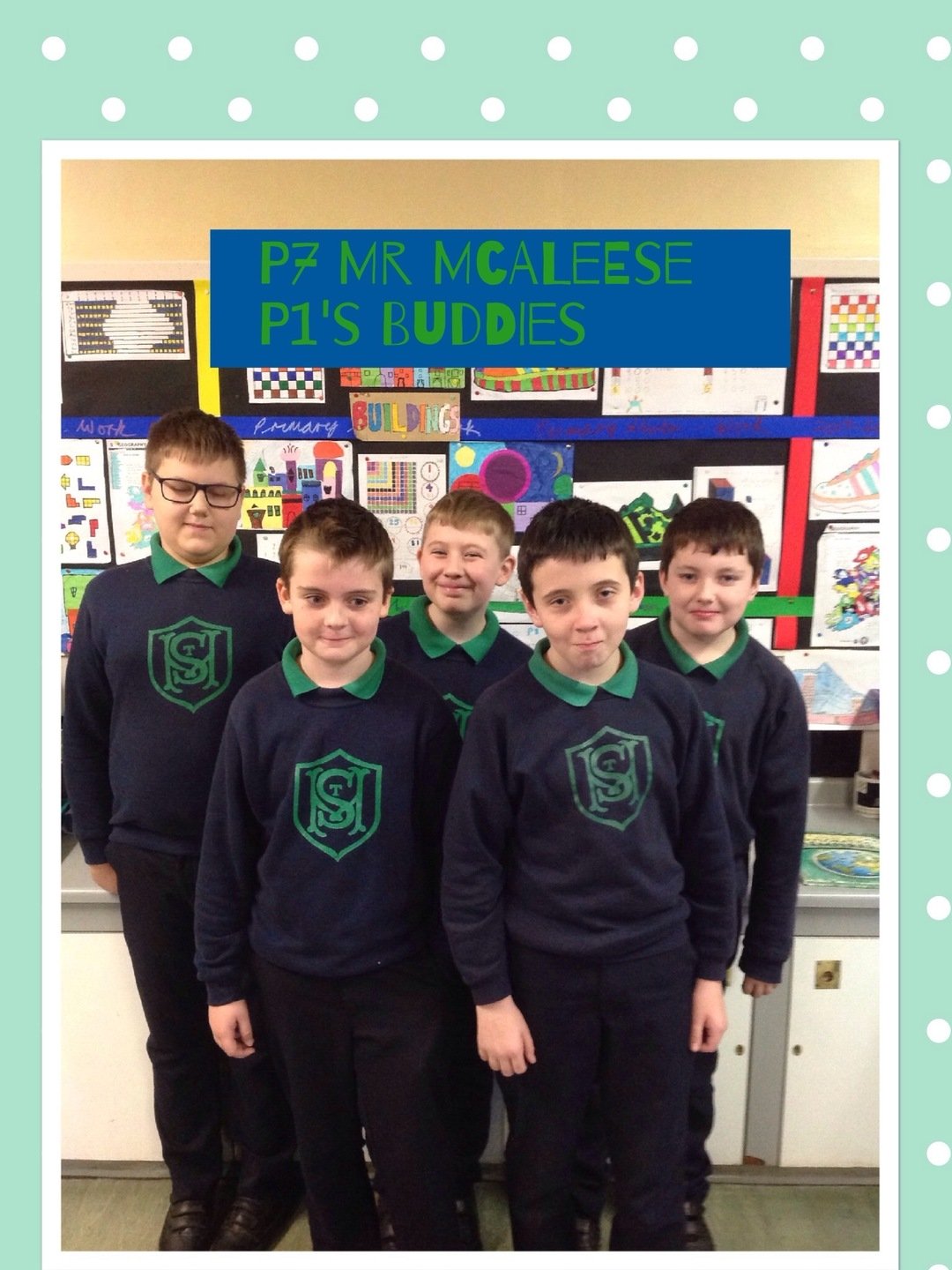 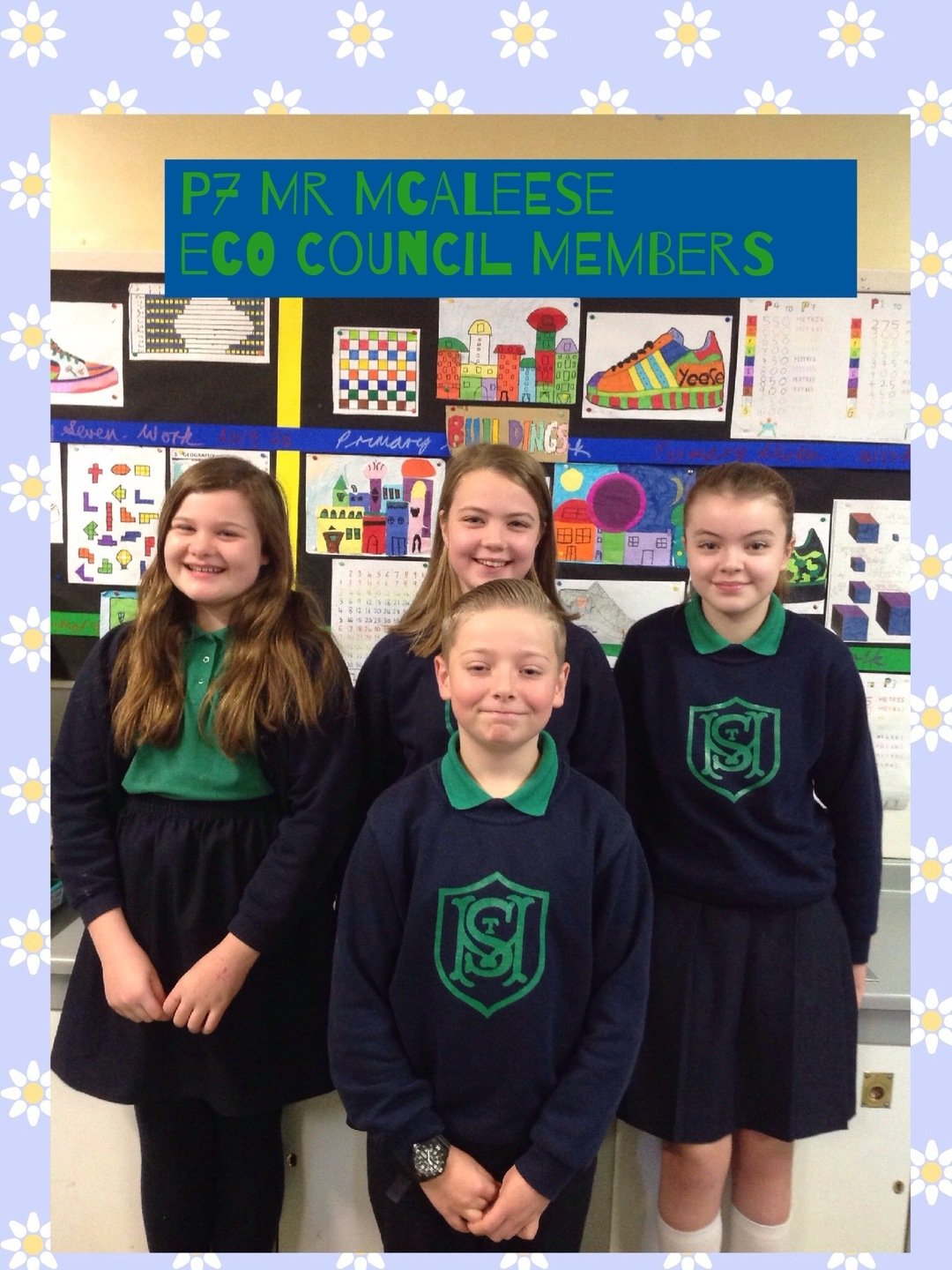 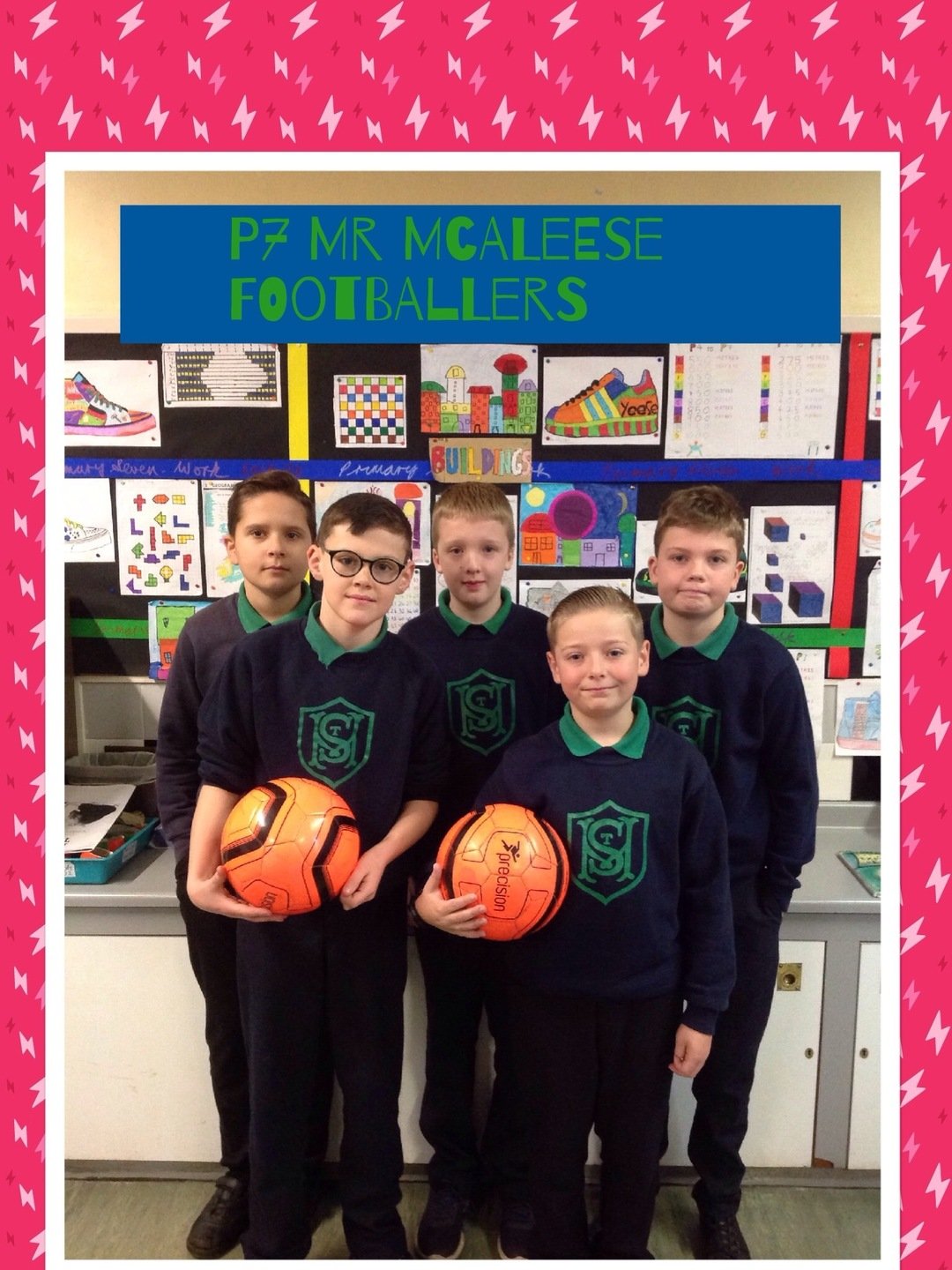